Breakthrough is an abstract strategy board game invented by Dan Troyka in 2000.

Breakthrough was originally played on a 7×7 board with 14 pieces per player; however, since it won the 2001 8×8 Game Design Competition sponsored by the Abstract Games Magazine and the Strategy Gaming Society, the 8×8 version with 16 pieces per player is considered standard. Advanced players might enjoy the more complex 10×10 version with 30 pieces per player. The standard game starts with the first two rows in front of each player filled with his pieces (see the figure). Players alternate moving one of their own pieces per turn, trying to reach the opposite side of the board. The first player to do so will be declared the winner. 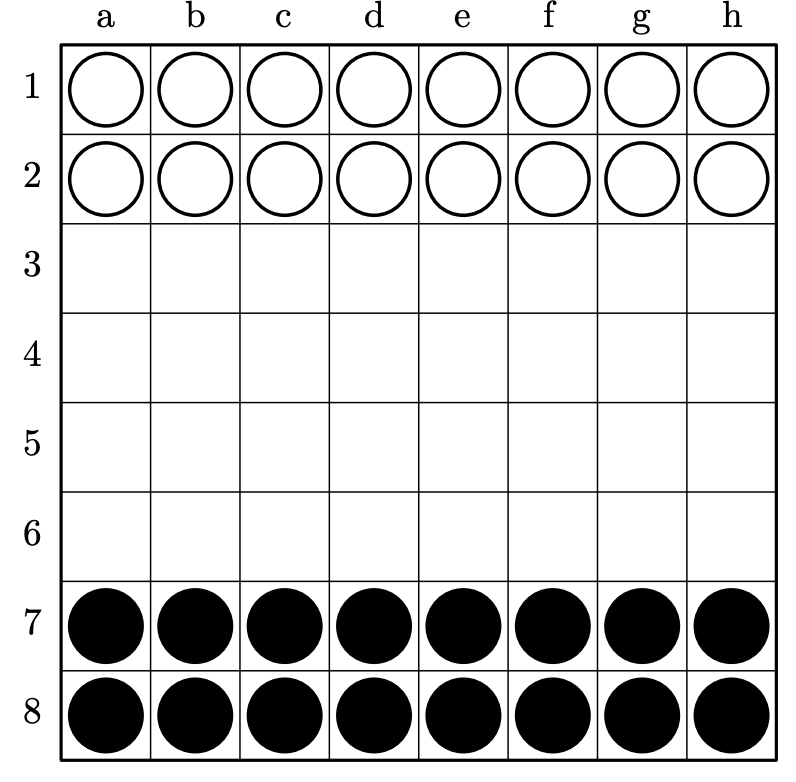 A piece can move forward or diagonally forward to an adjacent empty cell. Alternatively, it can capture an enemy piece diagonally forward (as chess pawns do). Captures are neither compulsory nor can be chained. In the figure, piece 1 can move freely, whereas piece 2 has two of their three possible moves blocked by friendly pieces. Piece 3 can move directly forward or capture any of the enemy pieces, whereas piece 4 can capture or move diagonally but is unable to move forward. Note that White’s pieces move and capture in the opposite direction. 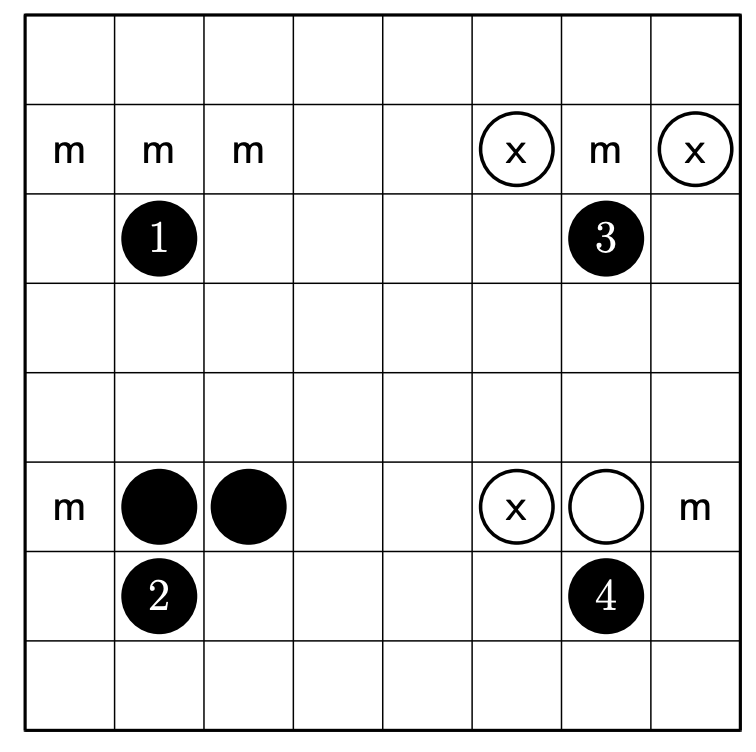