Game invented by Ingo Althöfer in 2005

The name of the game in German has a double meaning. It is a play on Einstein’s famous quote “I am convinced that He (God) does not play dice” and also refers to the fact that when a player has only one cube (ein Stein) remaining, they no longer need to “play dice”, and may simply move the cube.

The game is played on a square board with a 5×5 grid. Each player has six cubes, numbered one to six. During setup, players arranges the cubes within the triangular area of their own color.

The players take turns rolling a six-sided die and then moving the matching cube. If the matching cube is no longer on the board, the player moves a remaining cube whose number is next-higher or next-lower to the rolled number. The player starting in the top-left may move that cube one square to the right, down, or on the diagonal down and to the right; the player starting in the bottom-right may move that cube one square to the left, up, or on the diagonal up and to the left. Any cube which already lies in the target square is removed from the board.

The objective of the game is for a player to either get one of their cubes to the far corner square in the grid (where their opponent started) or to remove all of their opponent’s cubes from the board. 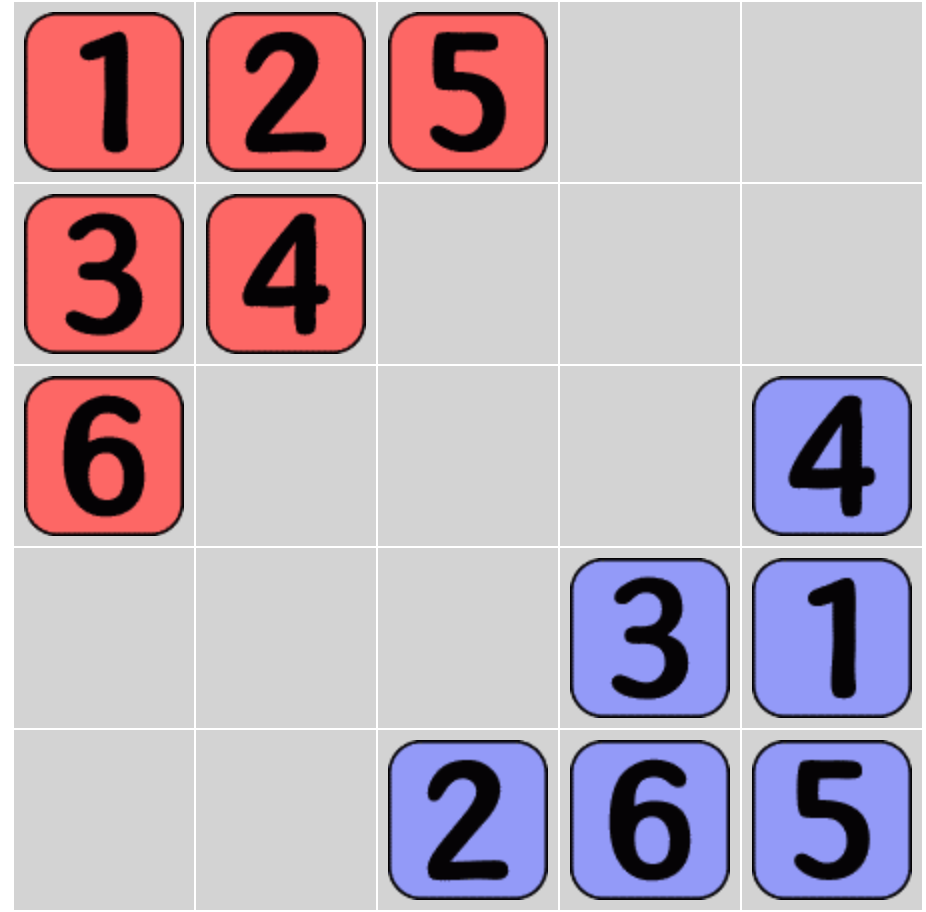 Blackhole variant has black hole in middle of board, where stone is lost. Game is played as 3 points match.