WYPS invented by Richard and Alena Malaschitz in 2002. Final version of rules is from 2017.

The first version of the game was invented in 2002. The game was played with different rules on the Little Golem server. More than 20 variants and more than 800 players were played until the final rules were released.

WYPS is an abstract word game for two players.

The game is played on triangular board with hexagonal squares. The rules are the same for all sizes of the board. 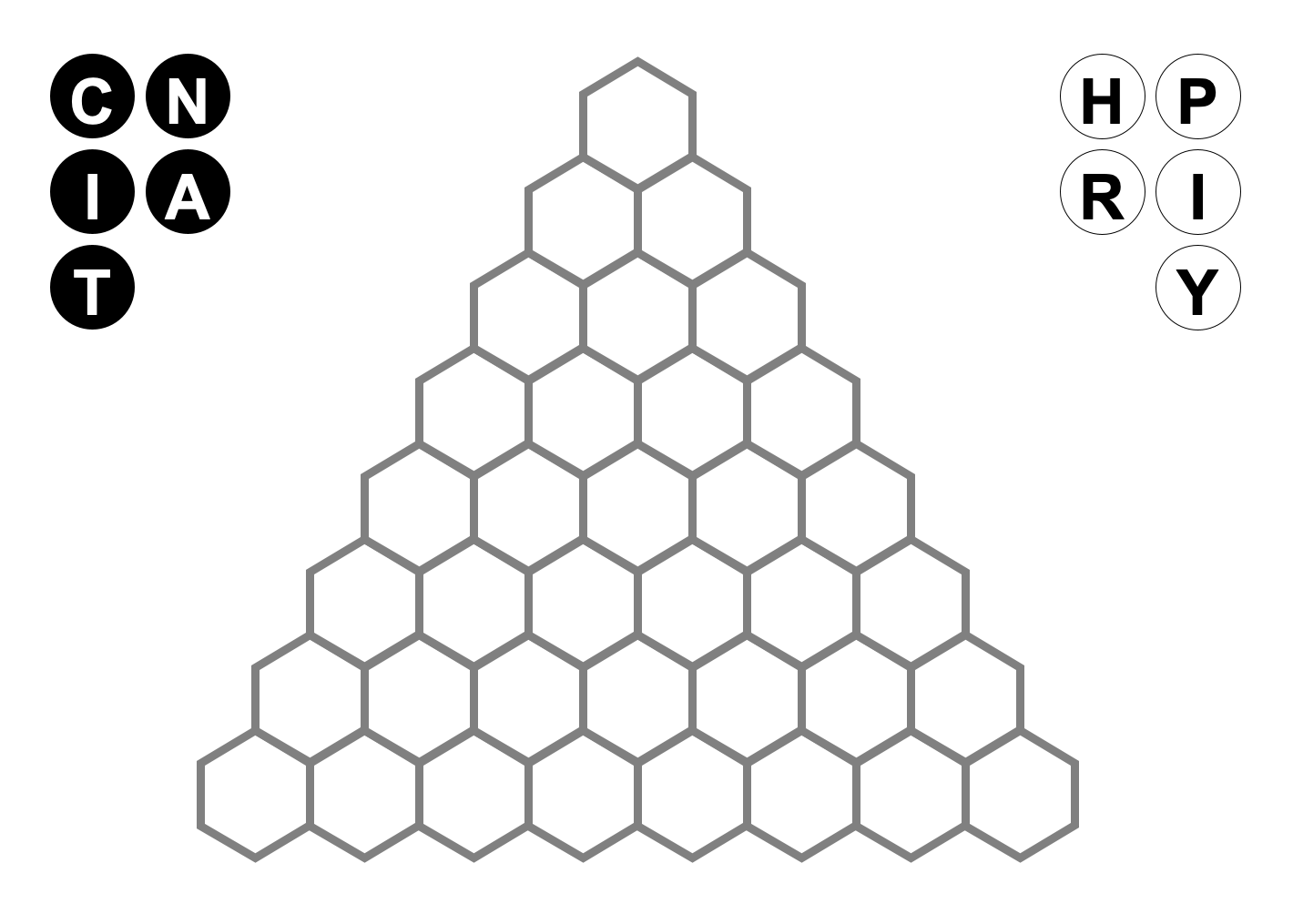 There are stones with letters. The stones have two different sides, each side representing one player. On each stone there is exactly one letter. The number of stones corresponds to the number of squares on the board (36 for size 8). At the beginning of the game, all the stones are in a bag.

Each player draws five stones (five for size 8) from the bag. The black player can swap the stones between the players. All letters must always be swapped. 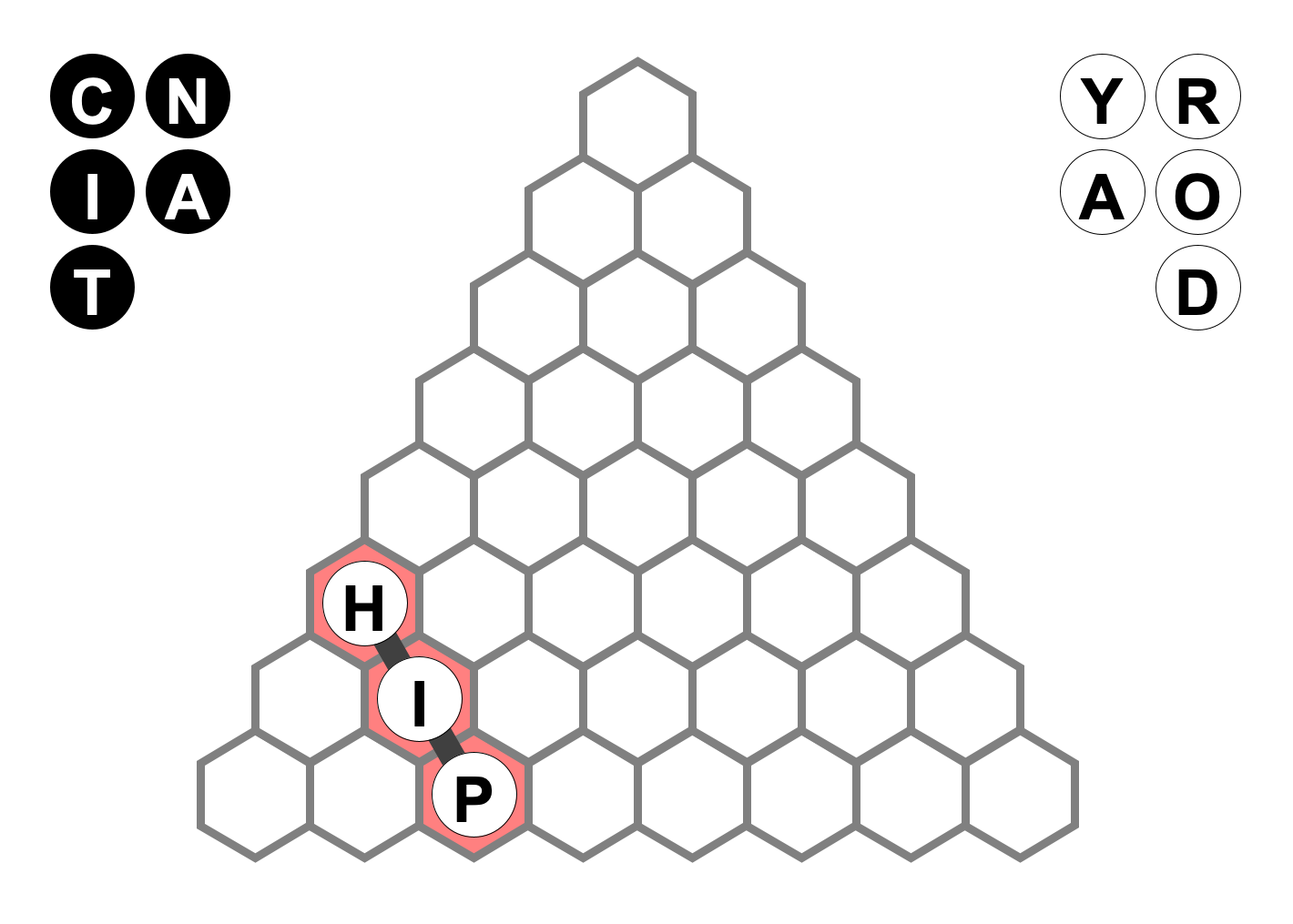 Play continues with the next player.

Black player play move CHINA and turns over a stone. 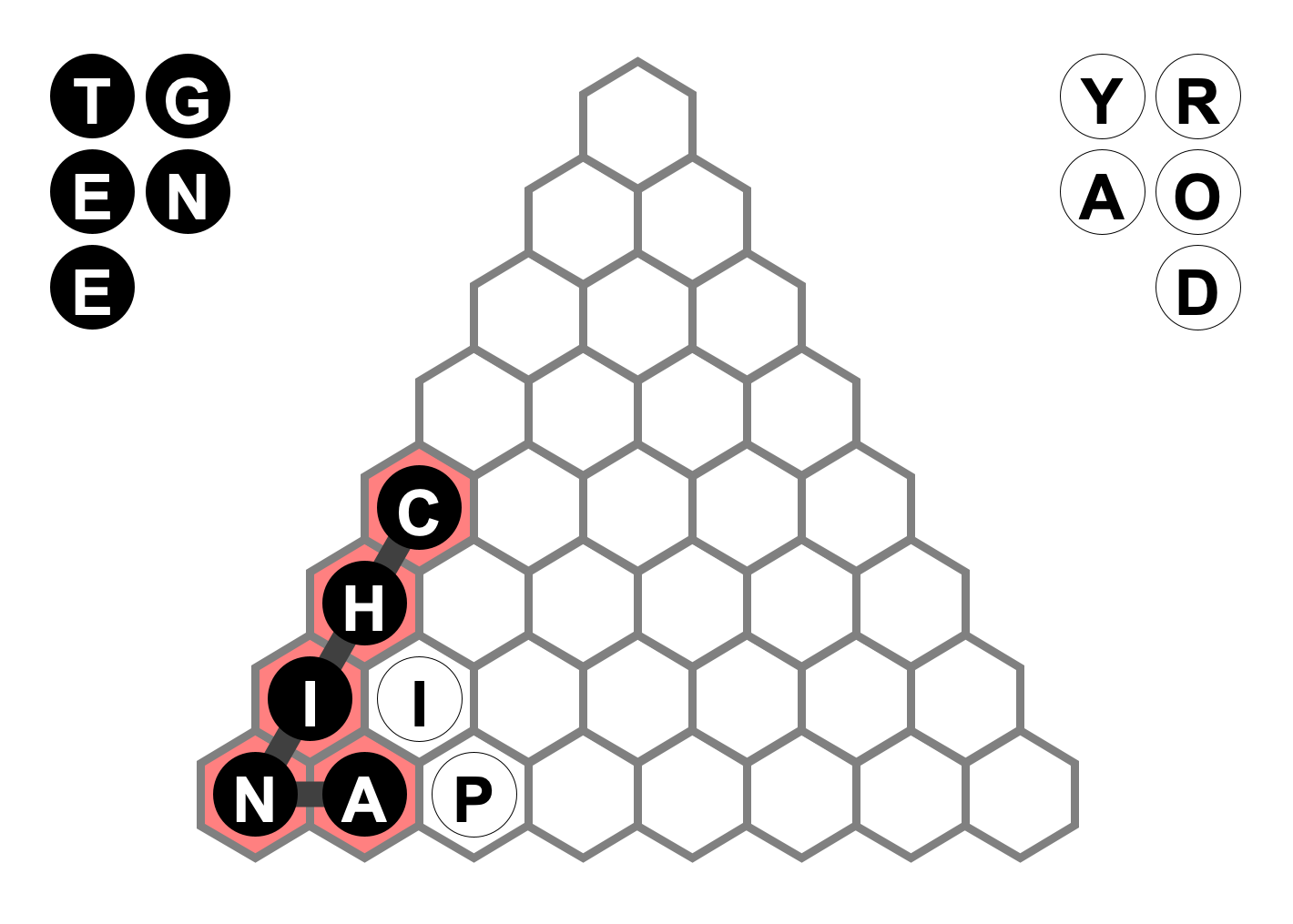 White play move ARCH in a straight line and turns over all used oponent’s stones. 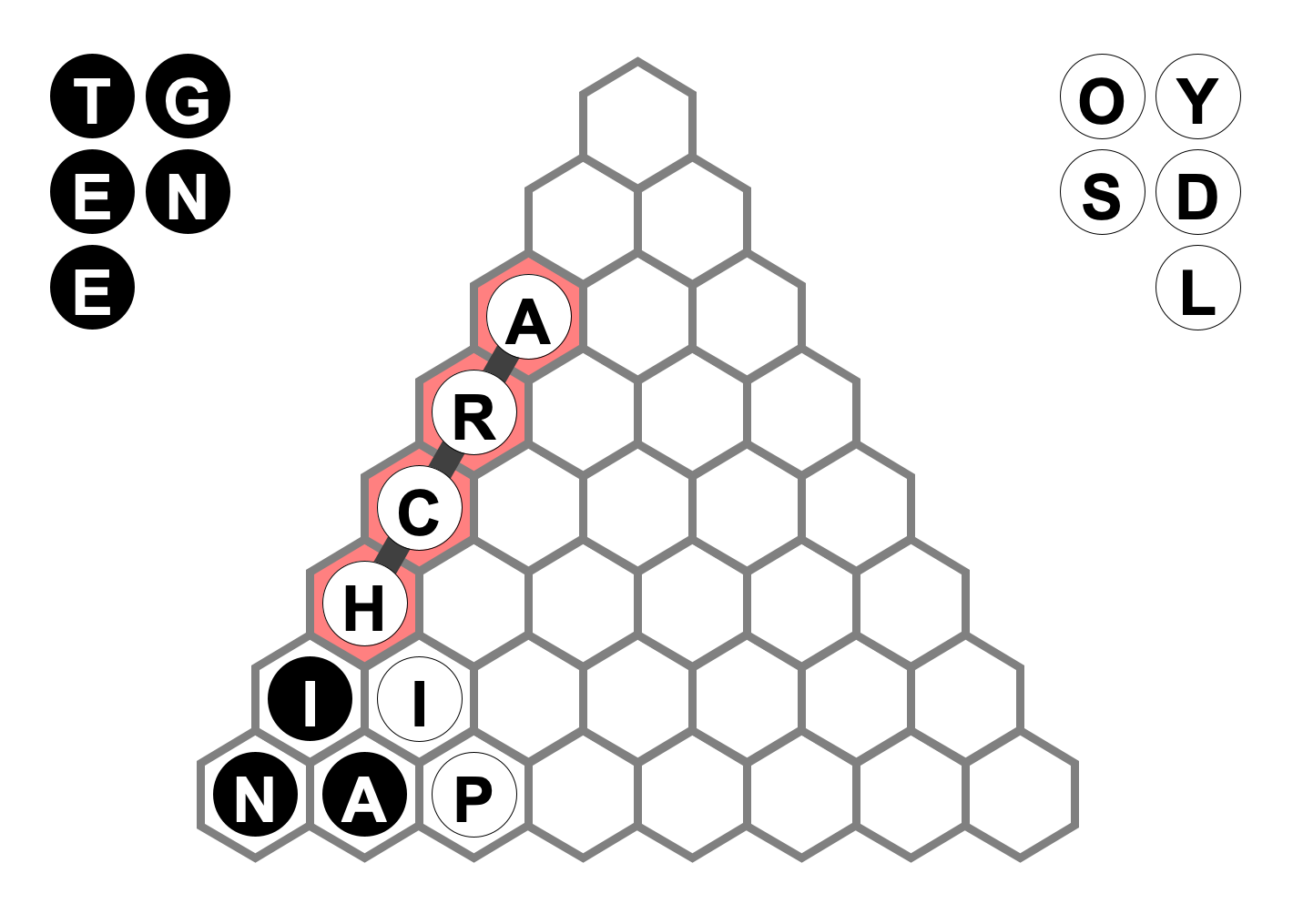 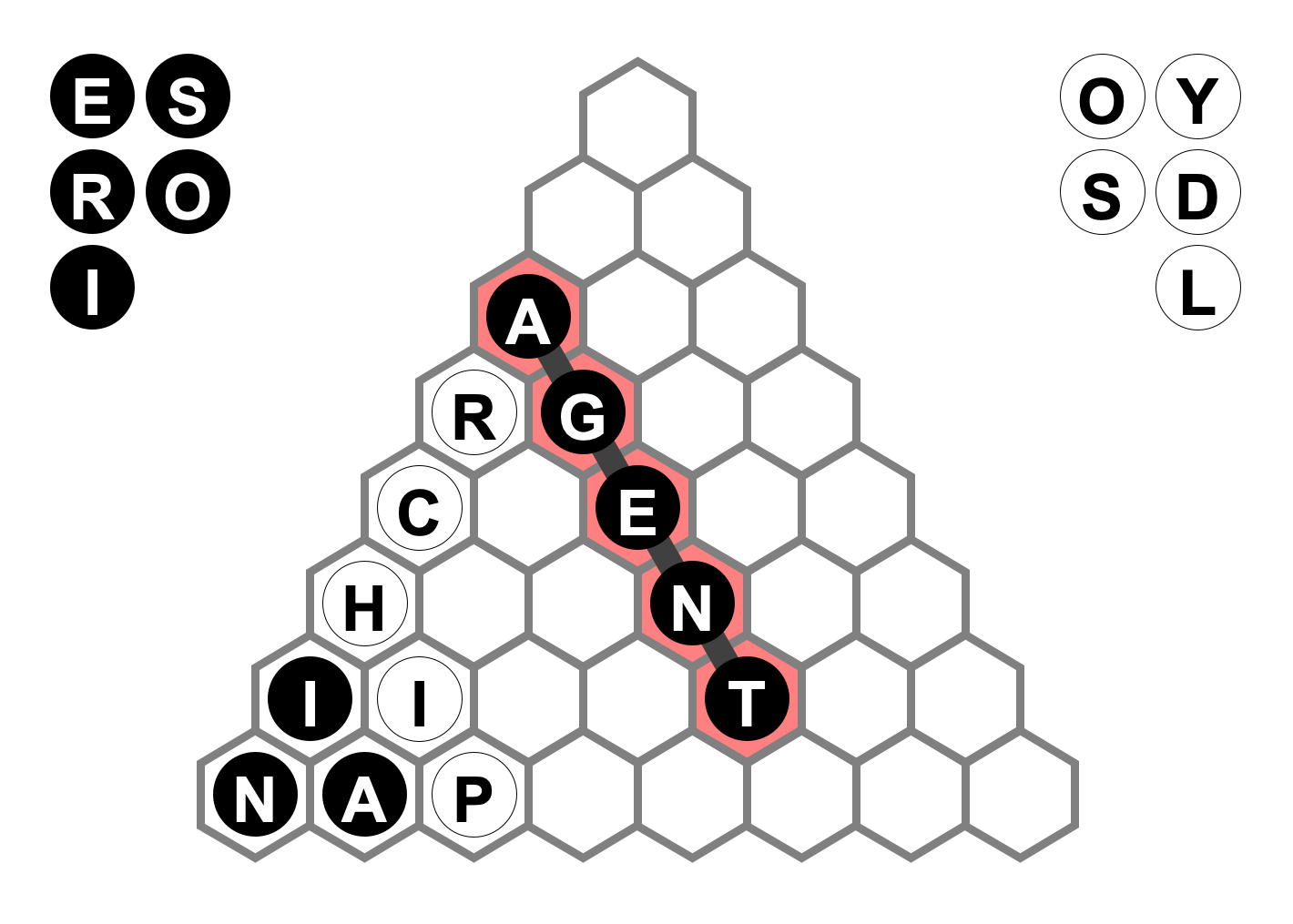 Goal of a game

The object of the game is to form a group of stones connected to all three sides of the board.

White plays DOES and connects all three sides of the board. This move is called atari (attack). Black’s move must break this connection. 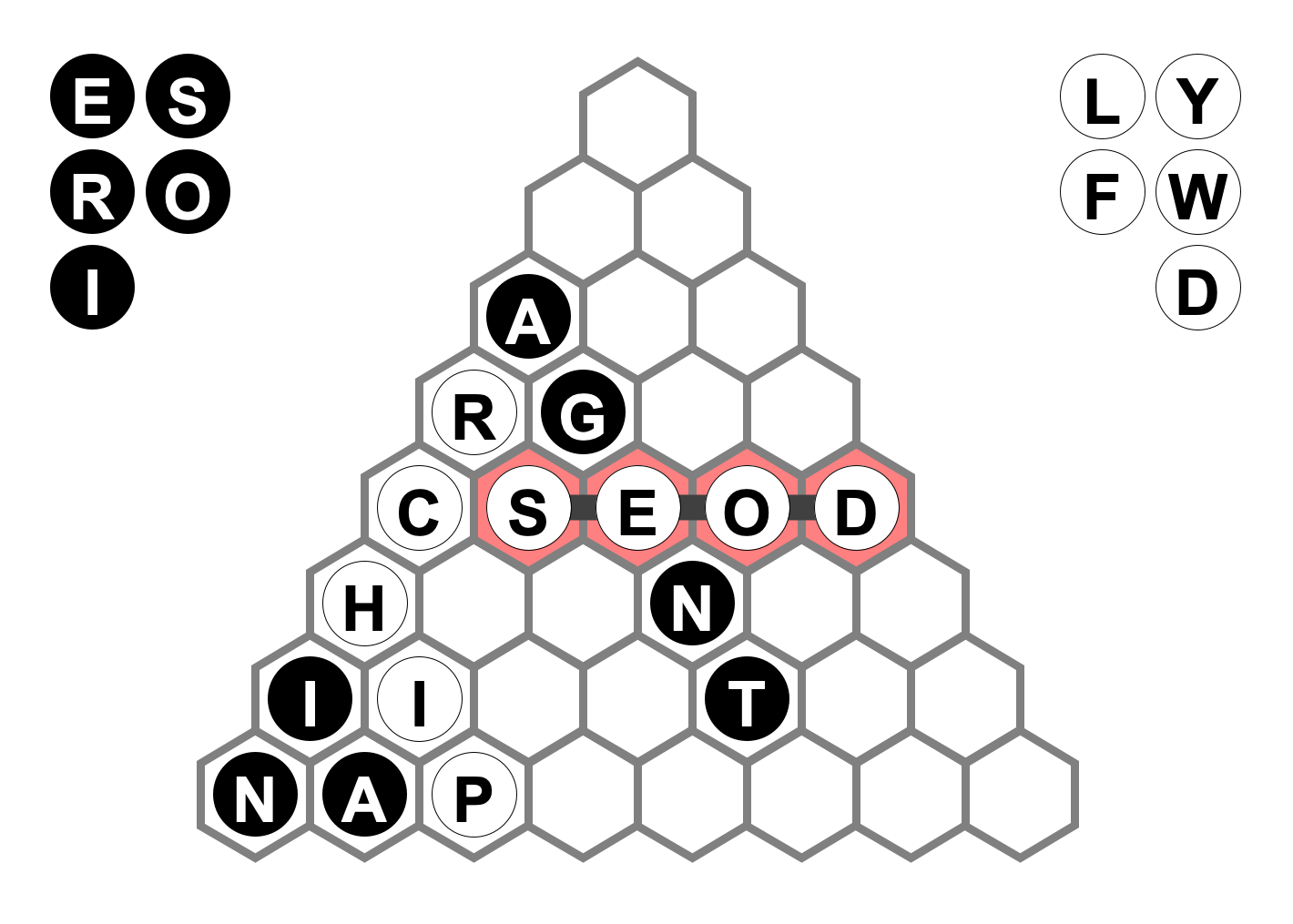 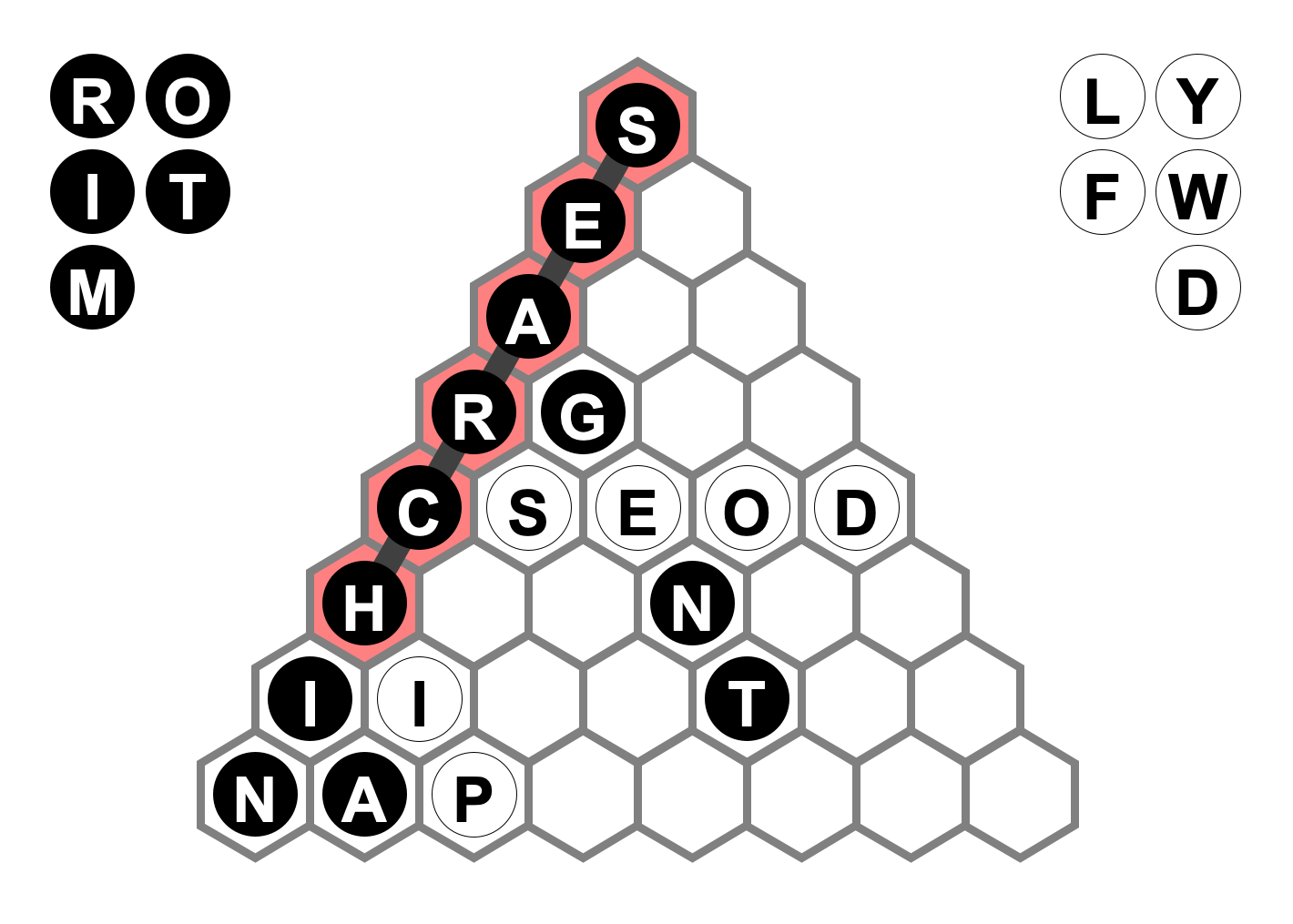 White plays the move CHILD. White used two letters from rack and two opponent’s stones. She can flip C or H to the white side. She decides to flip the letter H. 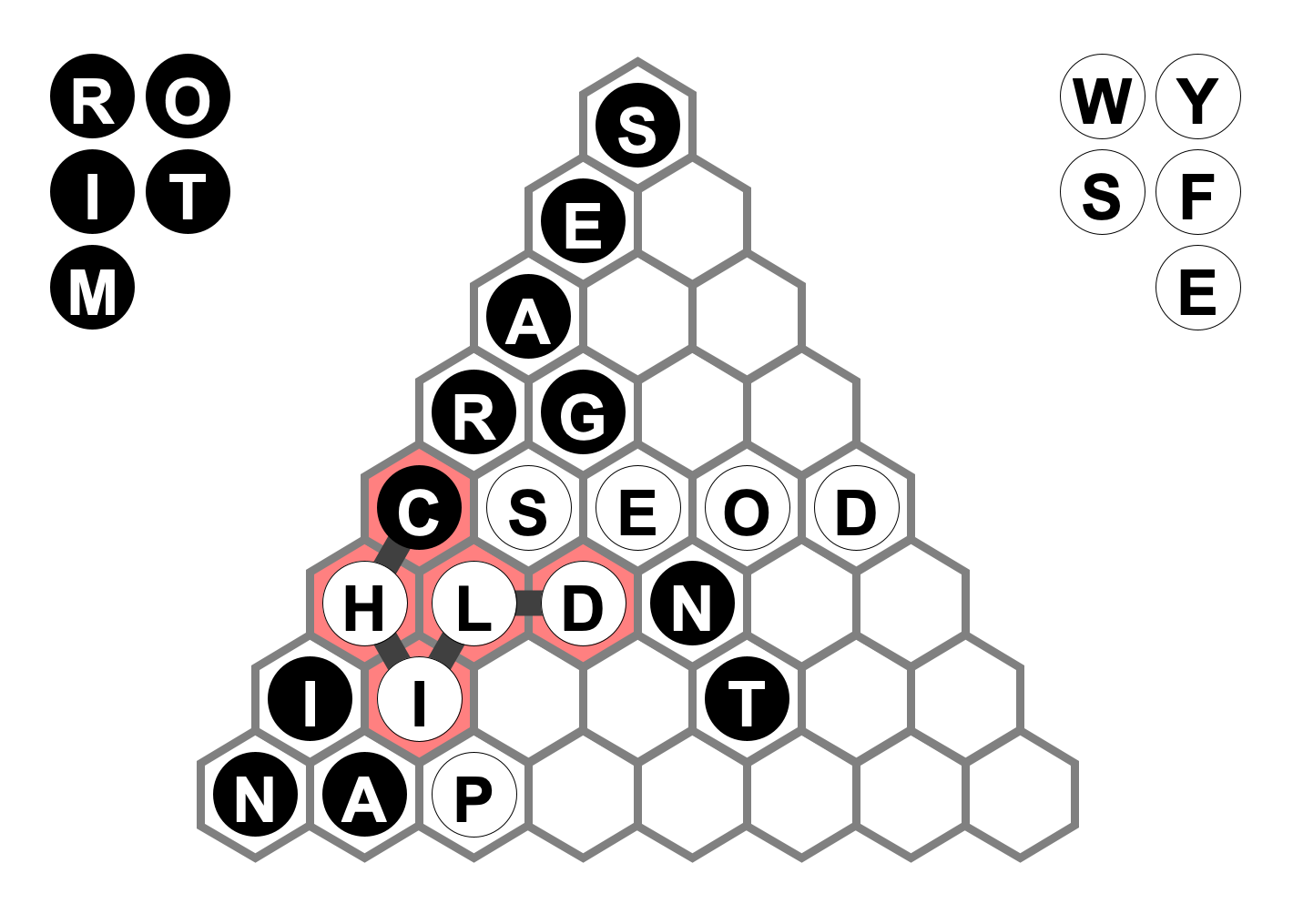 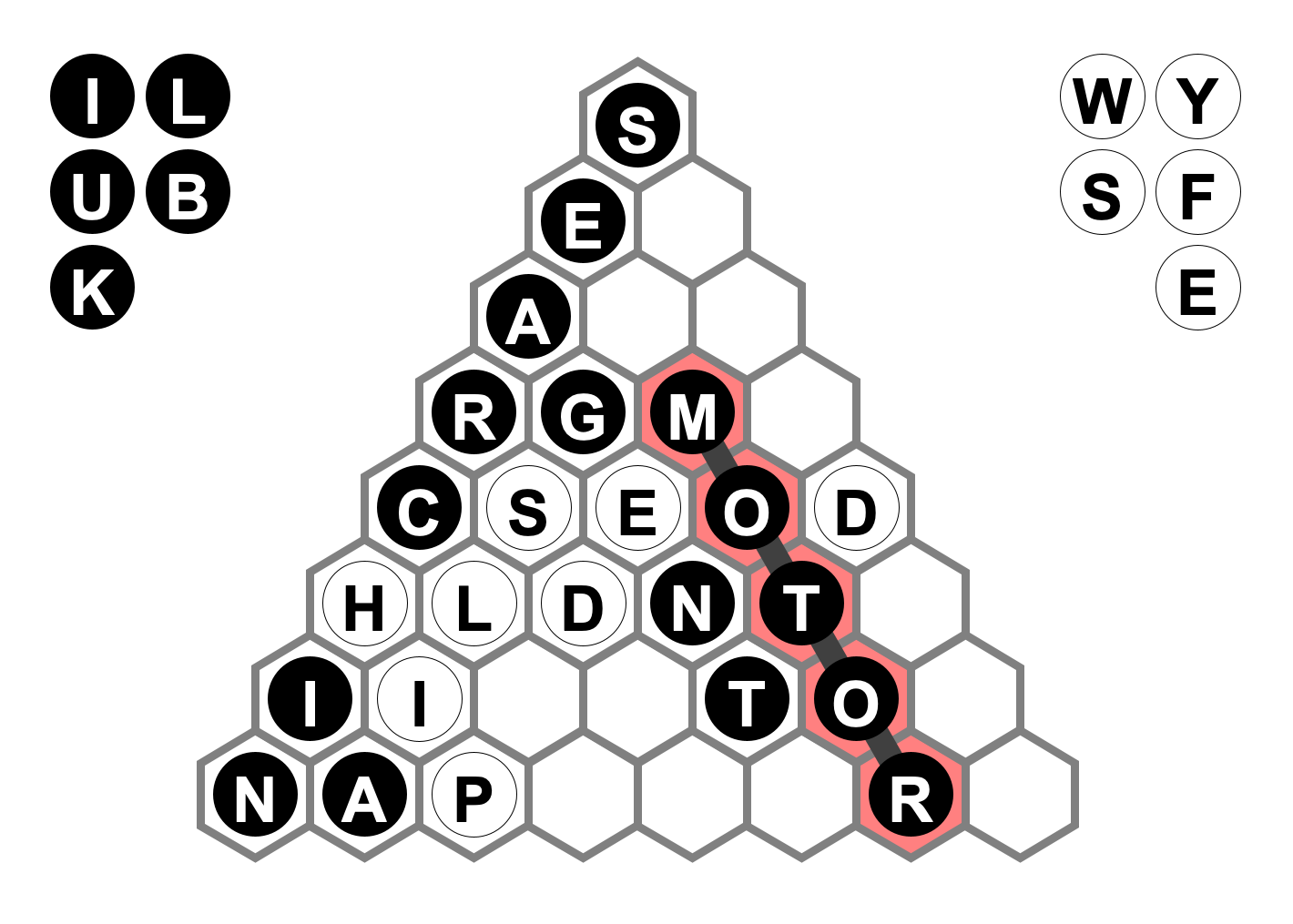 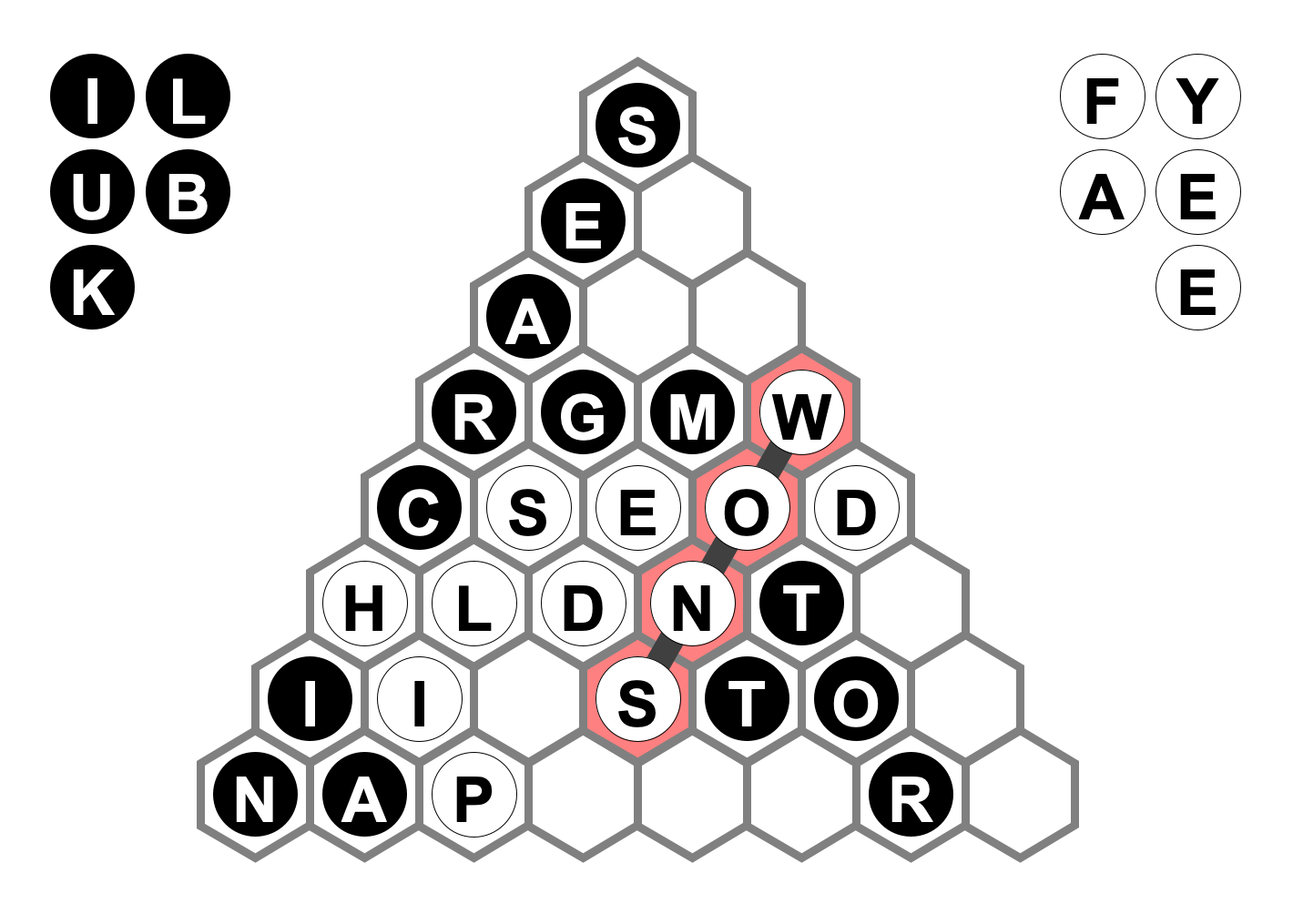 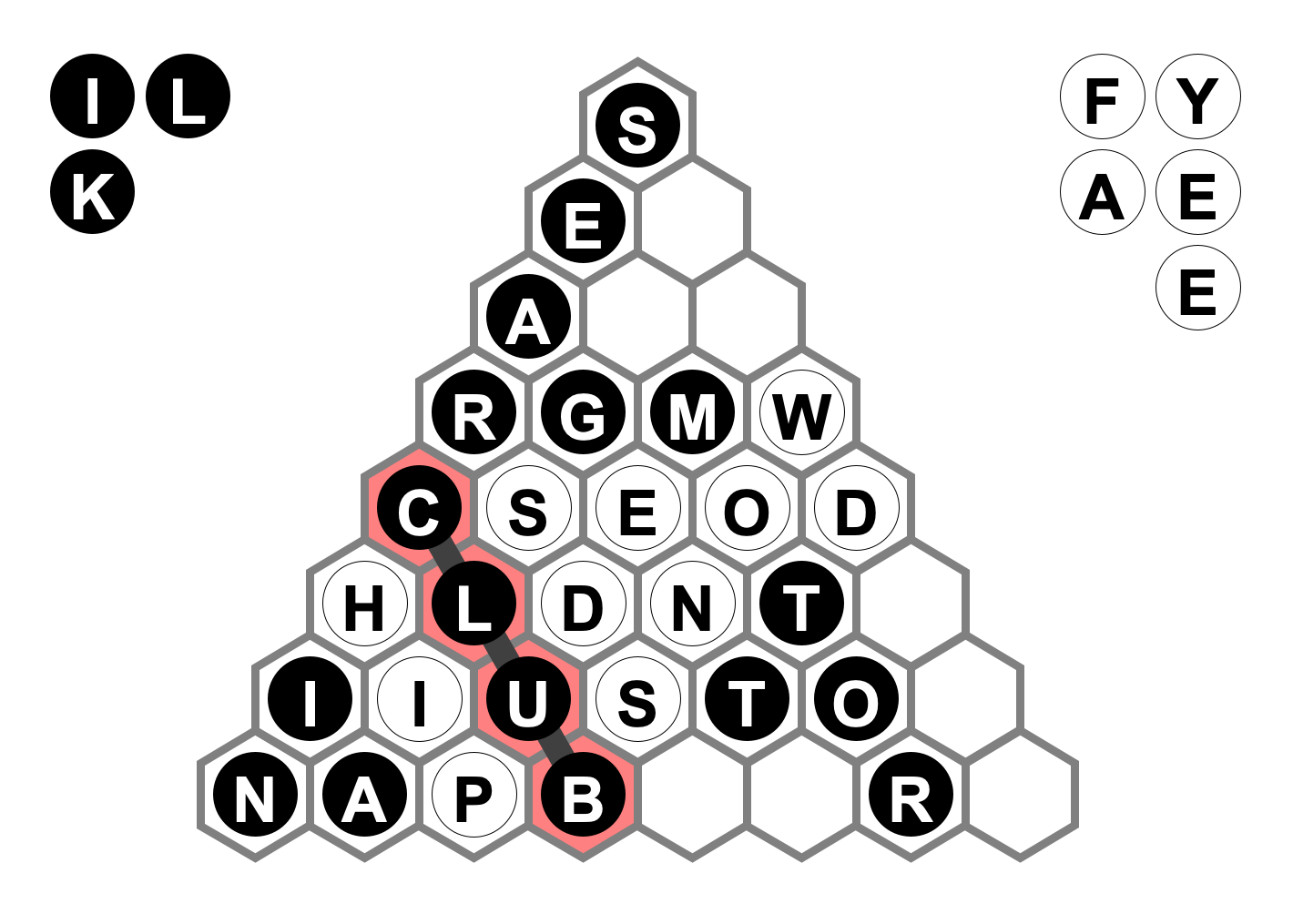 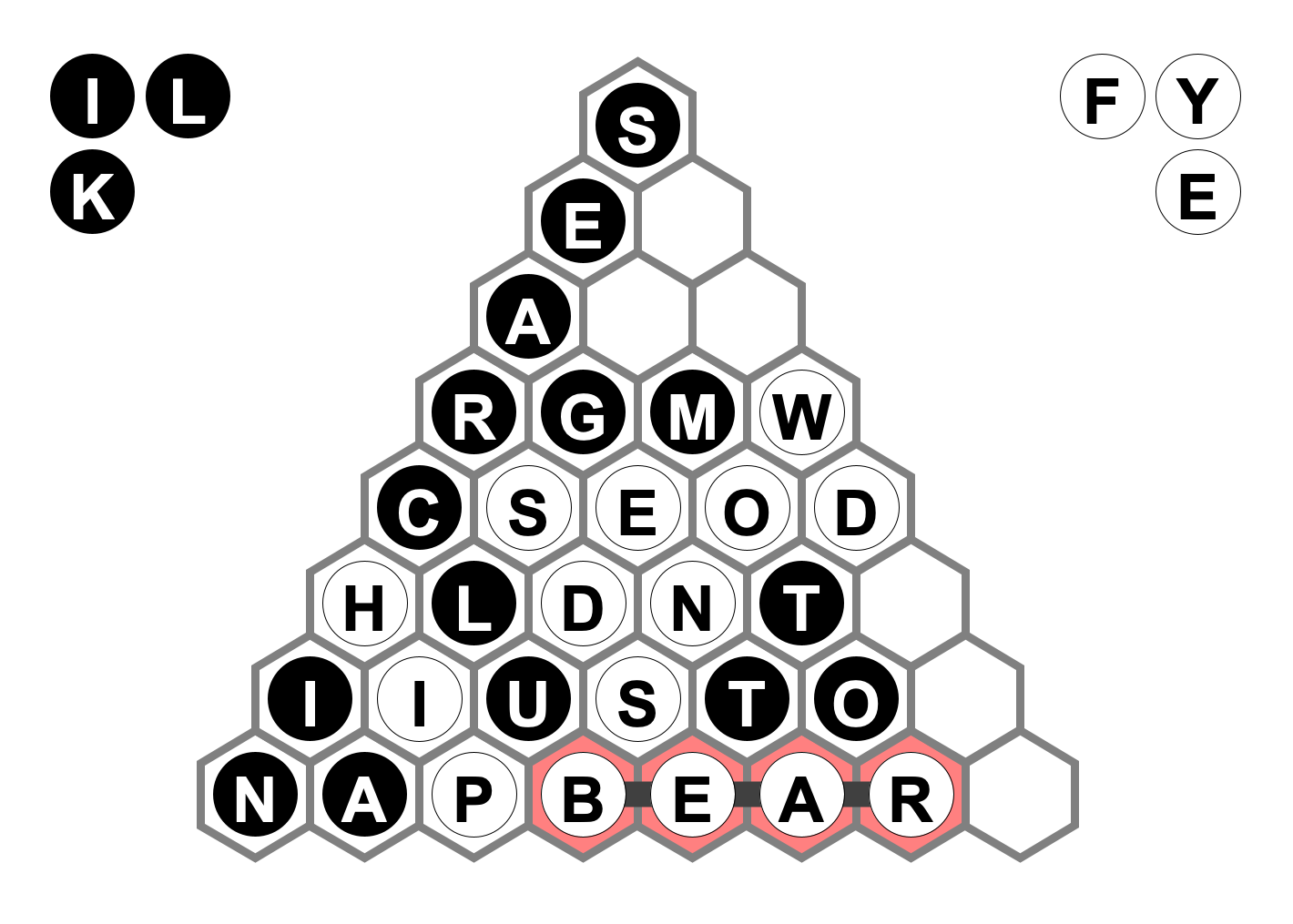 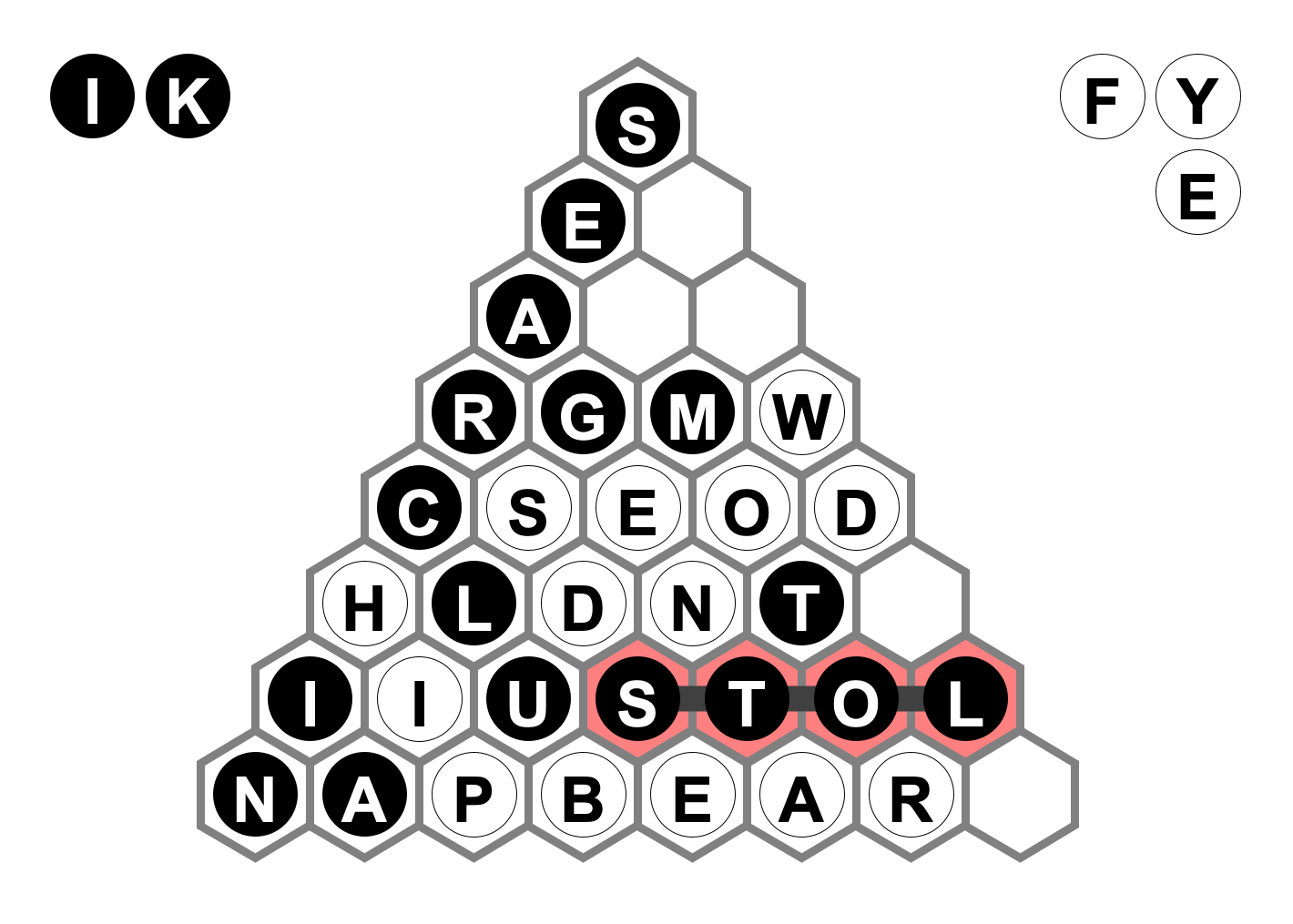 Play continues as long as a player’s group is not connected to all three sides of the board, and the opponent on his turn is unable to break it off. Note that the corners are considered to belong to the two adjacent sides.

White’s move FLED. After this move, black is not able to find the next move. Black gives up the game and White is the winner. 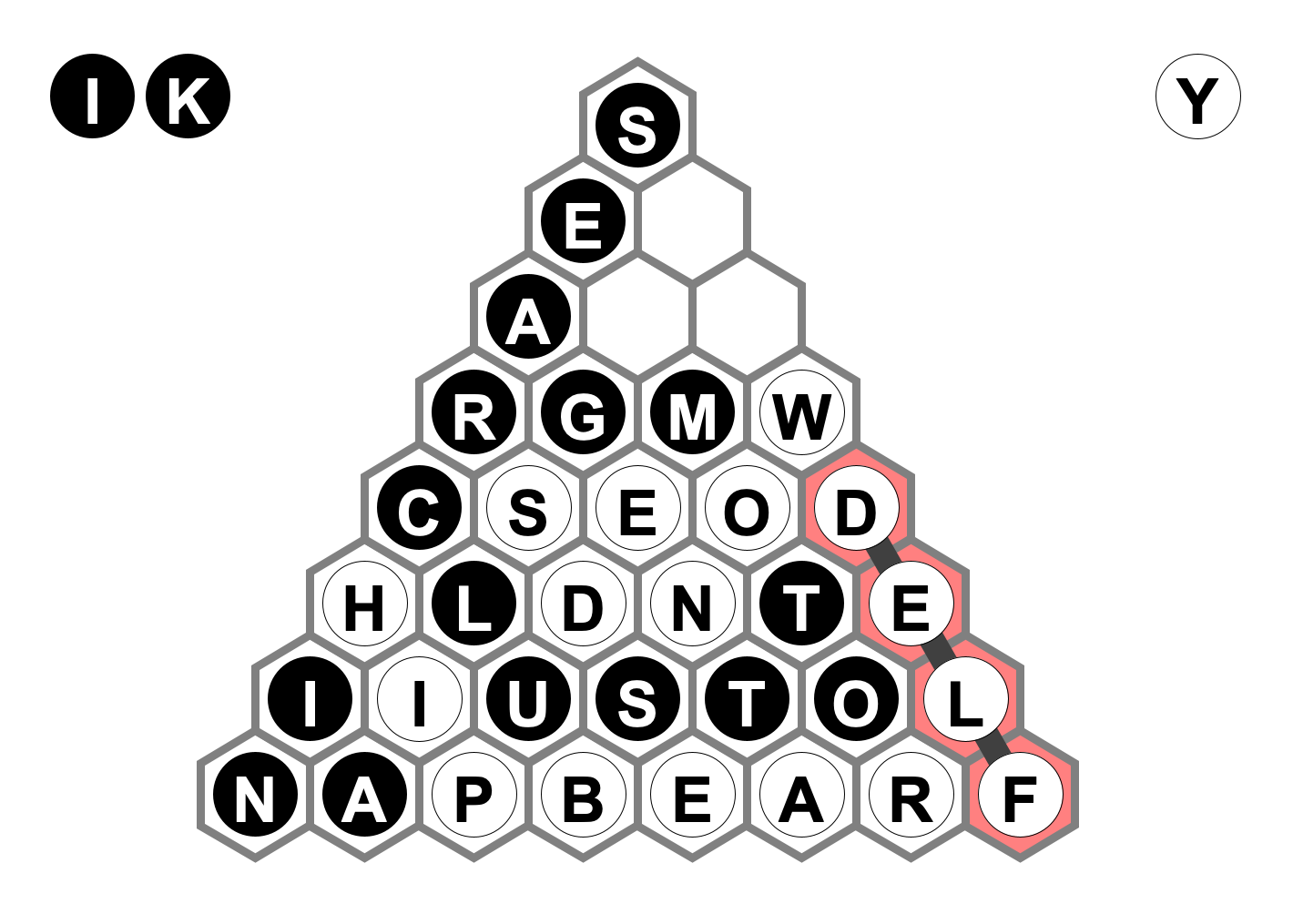 WYPS is played on Little Golem in multiple languages on sizes: 5,8,11 and 14.

There is also a numeric version where the letters are replaced by numbers. You must play even numbers or sequences of numbers.

Board sizes and letter distribution

WYPS can be played on any board sizes and in any language.