Hex was invented in 1942 by Danish inventor Piet Hein, and independently by the American mathematician John Nash in 1948.

You can play the game with paper and pencil on hexagonal paper. 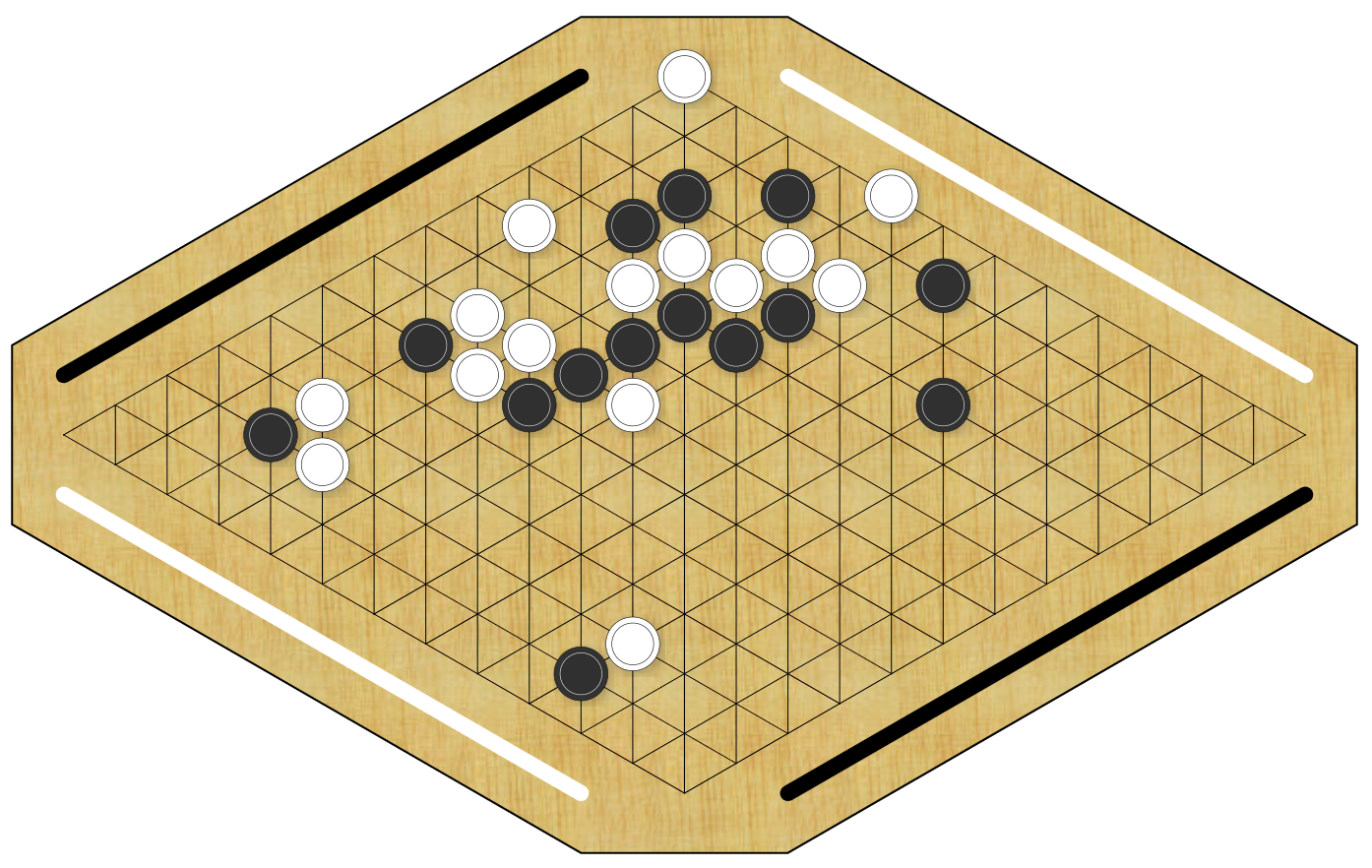 Each player is assigned a pair of opposite sides of the board which they must try to connect by taking turns placing a stone of their color on any empty space. Once placed, the stones cannot be moved or removed. A player wins when he successfully connects his sides by a chain of adjacent stones. Due to the topology of the game board, draws in Hex are impossible.

In the picture, black has connected his two sides and is the winner of the game. 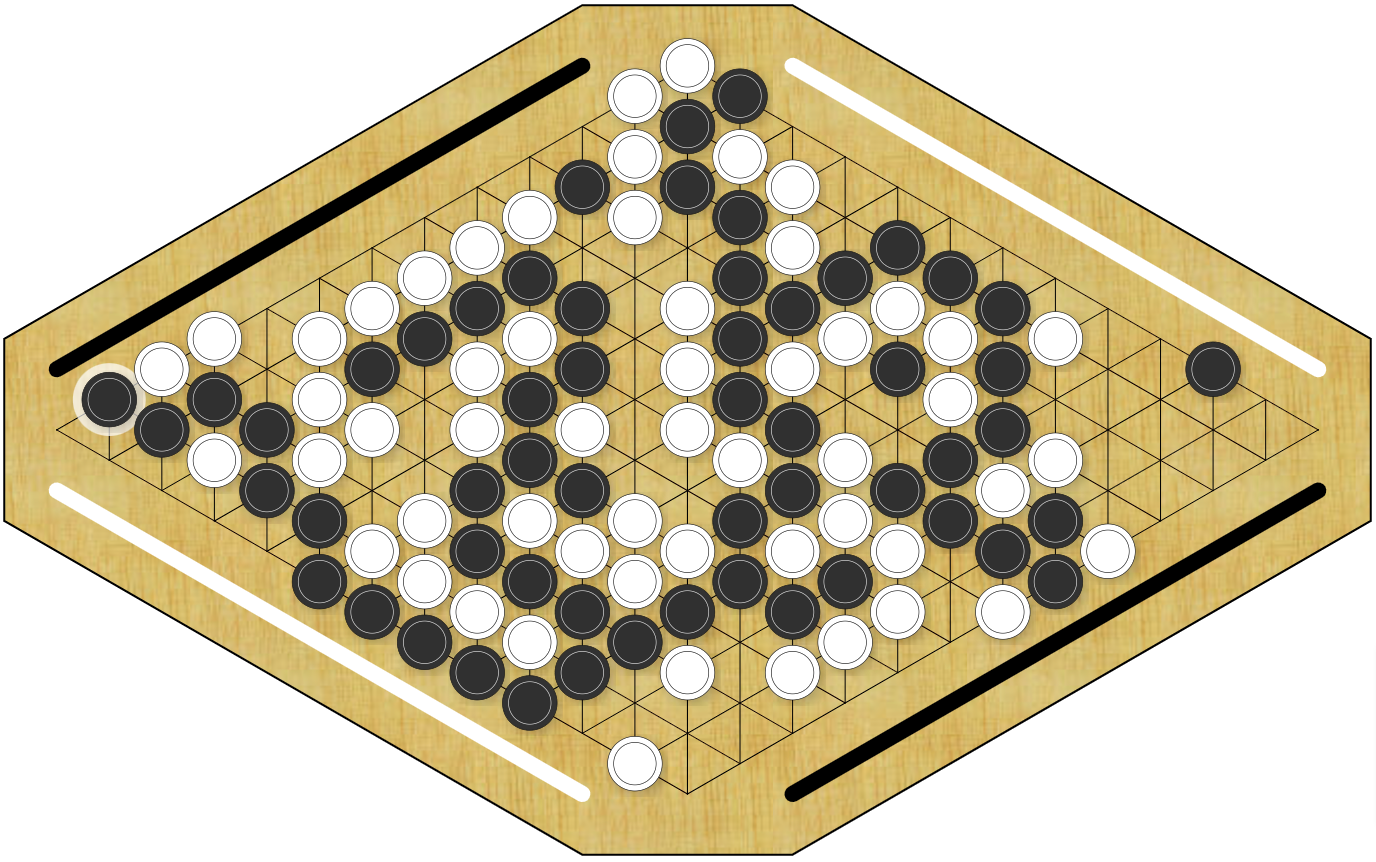 After the first move, the second player can play a swap move and switch sides.