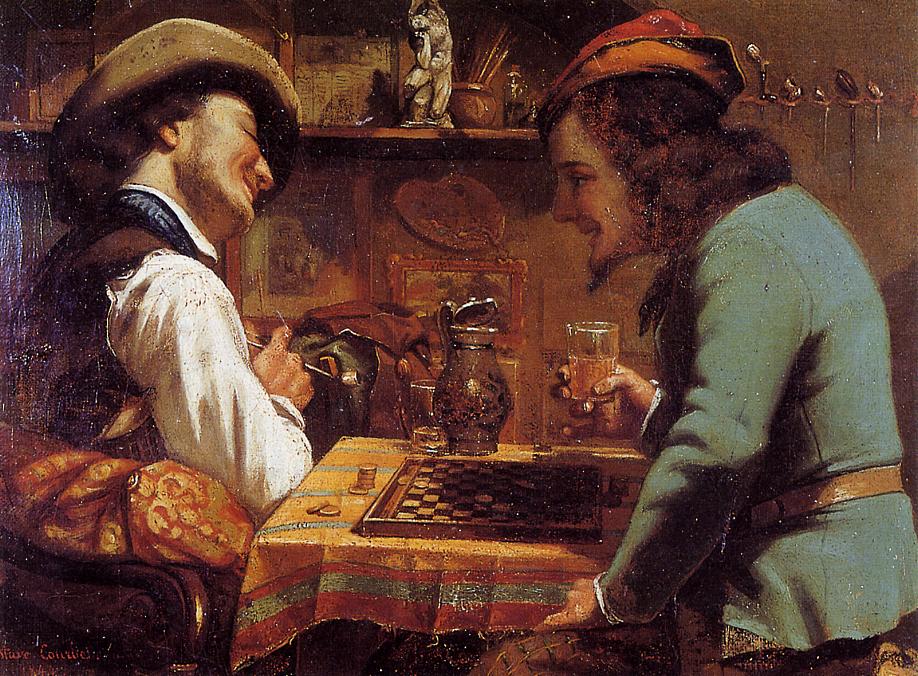 English draughts (British English) or checkers (American English; see spelling differences), also called American checkers or straight checkers, is a form of the strategy board game draughts. It is played on an 8×8 chequered board with 12 pieces per side. The pieces move and capture diagonally forward, until they reach the opposite end of the board, when they are crowned and can thereafter move and capture both backward and forward.

As in all forms of draughts, English draughts is played by two opponents, alternating turns on opposite sides of the board. The pieces are traditionally black, red, or white. Enemy pieces are captured by jumping over them.

International draughts (also called Polish draughts or international checkers) is a strategy board game for two players, one of the variants of draughts. The gameboard comprises 10×10 squares in alternating dark and light colours, of which only the 50 dark squares are used. Each player has 20 pieces, light for one player and dark for the other, at opposite sides of the board. In conventional diagrams, the board is displayed with the light pieces at the bottom; in this orientation, the lower-left corner square must be dark.

Dameo is an abstract strategy board game for two players invented by Christian Freeling in 2000. It is a variant of the game draughts (or checkers) and is played on an 8×8 checkered gameboard.

Dameo is played on an 8×8 checkerboard with 18 pieces per player. Each player’s pieces are arranged so that the bottom three rows, from the perspective of the player, are filled from a1 to h1, b2 to g2, and c3 to f3, forming a distinctive trapezoid shape. 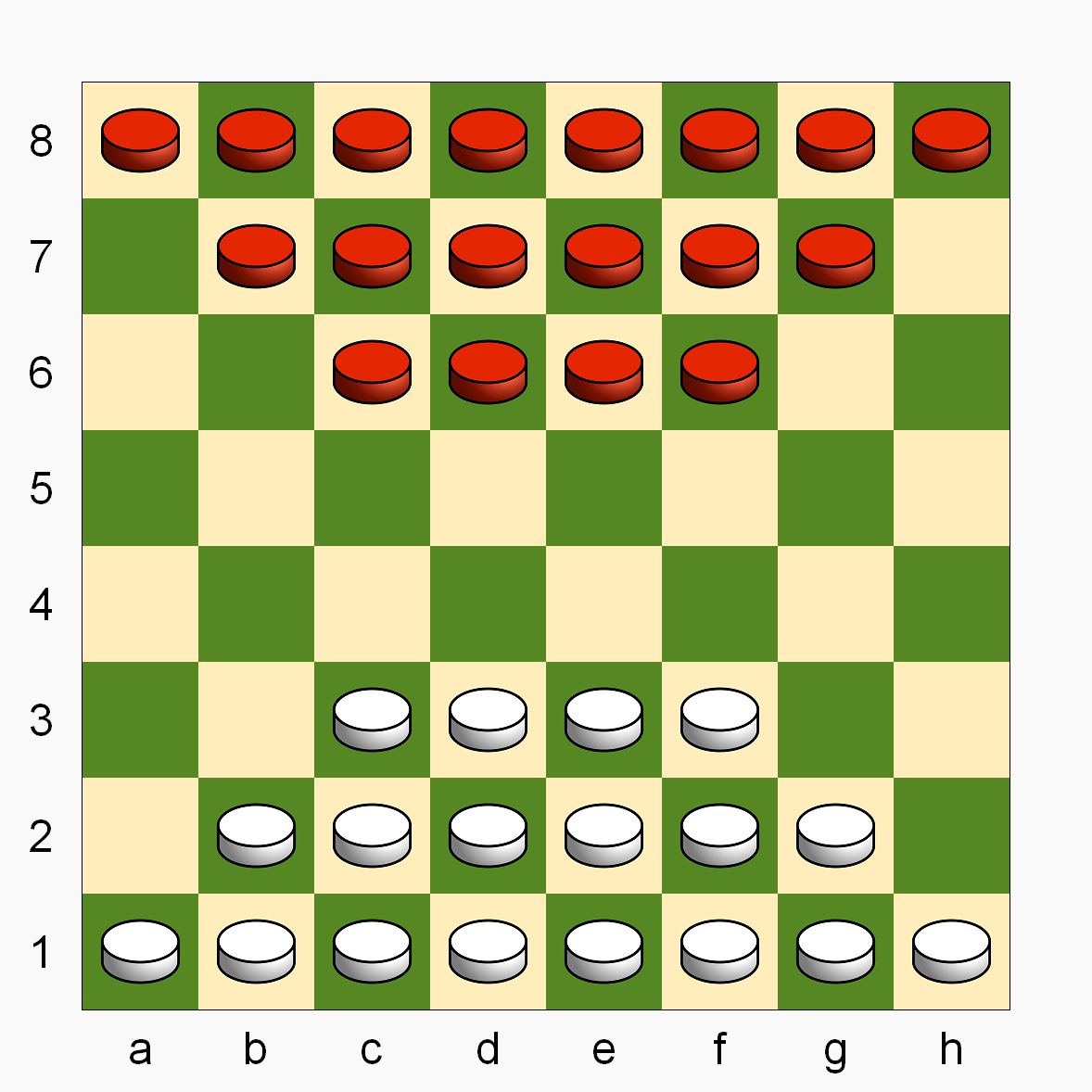